The National Football League is all set to be aired from September 5, 2014. And the first Dallas Cowboys match will be on September 7, 2014 with the San Francisco 49ers. So, are you ready once again to witness the Cowboys at their best? Below is the entire Dallas Cowboys roster, schedule and game predictions for the entire event.

San Francisco 49ers is amongst the best teams in the National Football League. But the current roaster does not mention NaVorro Bowman, Glenn Dorsey and Aldon Smith on their tough defense. Hence, that’s a good news for Tony Ramo.

The last time Cowboys plays against Titans in Nashville, Jerry Jones was seen signing autographs in the suite while the match still going on. He should be fortunate again to do the same with the Cowboys off to their first 2-0 start since 2008. Even with a subpar defense, the Titans don’t have the passing game to keep up with the Cowboys.

If this game was on the home ground, it would have been a glorious victory for the Cowboys with DeMarco Murray. However, on the Rams’ home ground and within Edward Jones dome, defensive front will be the greatest challenge for the Cowboys offensive line.

Remembering the annihilation of Cowboys by the Saints last year, the game will be closer but Drew Brees will be able to pick apart a secondary that will be facing the best quarterback to date.

Texan’s Jadeveon Clowney and J. J. Watt are the best players on the offensive line. However, Ryan Fitzpatrik isn’t the correct answer for the quarterback position and this is where the Cowboys get some room for their victory.

Cowboys most recent match with the Seahawks in 2012 at the CenturyLink Field was a 27-7 loss. The Cowboys will now be looking forward to Dez Bryant to take the vengeance of the last failure. This might become another day of bad memories for the Dallas Cowboys.

Last year the Cowboys beat the Giants at AT&T stadium and will repeat the history this year in Arlington. The Giants defense does not match the Cowboys strength and this would be an easy win for the Dallas Cowboys.

It’s awesome watching in the two all-time great rivals face each other. However, this time the Cowboys are way to stronger for the Redskins and they will lose in a low-scoring, hard-hitting game like most of the contests between the Redskins and Cowboys.

The Cowboys put together their first three-game winning streak since late in the 2012 season to get to 6-3. If they want to stay in the playoff conversation, this is the kind of start they would need, but it does not guarantee them a postseason appearance.

The Jaguars have the kind of defense the Cowboys would like to have: young, fast, aggressive, angry. This game will surprise many people, but Gus Bradley is building something in Jacksonville worth noting. The Cowboys might be America’s Team, but they’re not London’s Team.

The Cowboys have fared well at MetLife Stadium with some surprising wins, but the doubts start to creep in after the Jacksonville loss and the bye week does not help them get things corrected. Playing the second time in five weeks, New York will have better answers at home.

The NFL did the Cowboys no favors by giving them a night game on Sunday in New York to make a short week even shorter. Despite their defensive woes a year ago, the Cowboys were OK against Chip Kelly’s offense. They’ll be better than OK here to temporarily right the ship.

Last year’s visit to Soldier Field was a mess. Josh McCown lit up the Cowboys for four touchdowns and 348 yards. He’s now in Tampa Bay and Jay Cutler is a better quarterback to feature wide receivers Brandon Marshall and Alshon Jeffery.

Like the Giants in Week 12, the Eagles come up with the answers in the rematch. The Cowboys will have a 10-day break leading into the game to help prepare for Kelly’s pace of play, but it won’t help. Tight ends Zach Ertz and Brent Celek have big days against the Dallas linebackers.

The Cowboys are in must-win territory with four losses in their past five games. The offense will be able to do its part, but the defense will not have any answers for Colts quarterback Andrew Luck, who will be making his first visit to AT&T Stadium.

The Cowboys can make history with a win. It’s just not the history they want. With a win, the Cowboys will become the first team with four straight 8-8 finishes. Is this the last game of the Jason Garrett era, or does Jerry Jones give him an extension? 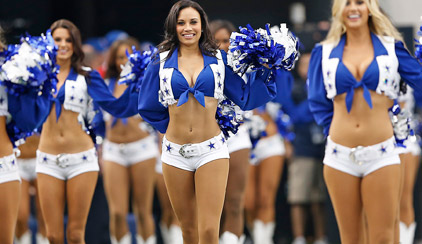 Hope the above Dallas Cowboys roster, match schedules and game predictions keep you ready to witness and support the Cowboys the entire event.

Are you supporting Dallas Cowboys Roster?