You are here: Home / Android / Don’t work hard to buy property! Be Smart and leverage technology

Hard work helps is an old saying which doesn’t have a lot of relevance in the 21st century. And it just isn’t confined to communication or social media applications, but also to the fields that were dubbed as the most rigid ones to adopt changes. 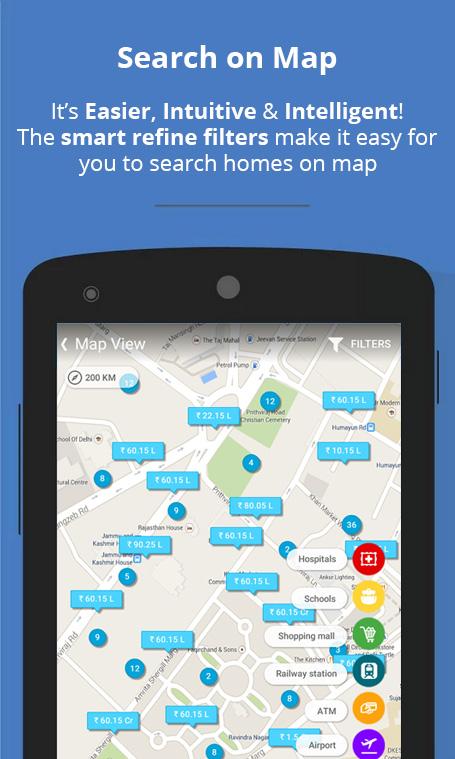 Well, here’s the argument, a simple app can automate a lot of things that manually tasks can’t. And everyone seems to be appreciating that. That’s one of the key reasons why, apps like MagicBricks juggle over with millions of listings, and automating things to improve the user experience. It doesn’t just seem to be as difficult as it used to be before. Indeed, technology has made it easier for users to buy property.

Now, the technology isn’t just confined to computers, especially from the advent of the Smartphones, things are getting more integrated on a single device than they were ever before. Many like it for convenience, but then there are other things too that makes Smartphones much better than other devices to do any sort of task.

Explained: Some key Advantages of property apps
Smartphones are portable, and the property apps can stay in there and work to our advantage.  It has features like GPS for accurate location and a dedicated platform (an app) that helps a user to get focused and search on things. Many of good property apps are devoid of any ads, moreover a user can just go ahead and click on the call button and talk to the owner.
That just cuts down a lot of steps, and indirectly effort that one puts into buy and sell property. All these apps do is take approximately 10 MB of space or even less, which is lower than one hundredth of a typical Smartphone storage. They are portable and can be used at any time.

Does it completely replace conventional ways?
Not completely, as internet and Smartphones don’t have 100% penetration and not everyone is on the Smartphone yet. But the percentage of those folks is negligible and can be easily ignored. But for the sake of argument, it cannot completely replace the conventional way. But it is far superior and worth your time to use a property app instead of wasting your time and effort on checking things manually.

Some good property apps
If you don’t already have one or are looking for a good property app, then you might want to use MagicBricks. It is simple and easy to use. It has got smart filters to get you right property, and it has a robust mechanism of taking out sold out and rented properties thereby making your life easy.

The app has all the features like smart GPS integration, favorite, and one tap call feature, and that makes it one of the best tools around to search for properties.

Of course, there are many other apps around but this one is among the best tools. People are increasingly using the smart way of property buy and sell, and there is no reason why you should hesitate from using it.