You are here: Home / Business / UrbanClap – A One Stop Solution for Language Professionals

Not too long ago, people had hard time looking out for professionals in various fields, language experts for instance, exaggerated their expertise and often ignored concerns of those who wished to avail quality language services, their competence was questionable and so was their method of teaching. Sadly, there were no check and balances, everything was superfluous, but apps have become handy to fix the basic loopholes in the system. Let’s explore how one of the top apps – UrbanClap turns the tormentous task of finding language professionals into a flawless one, and how it enhances user experience. 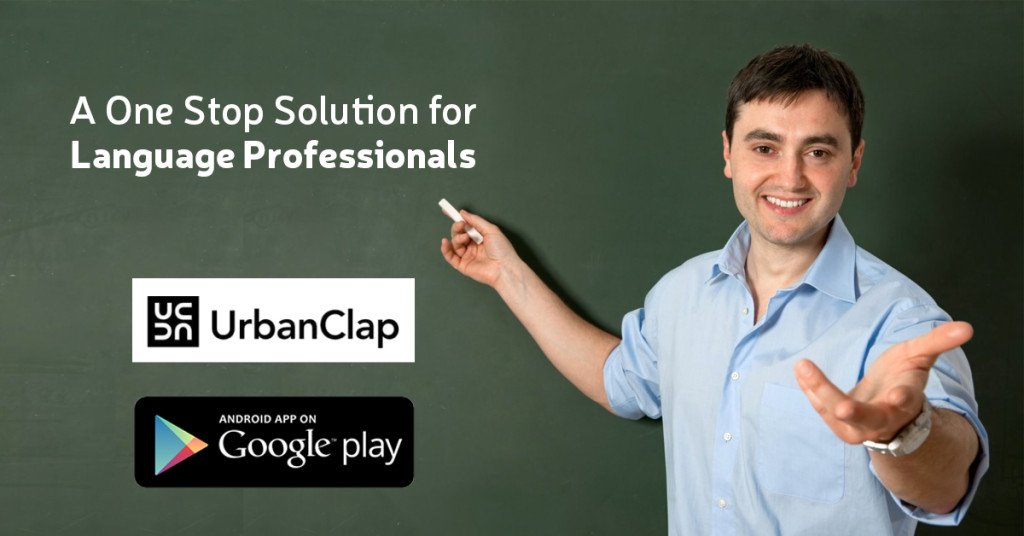 Earlier language professionals would often oversell their services, resulting in a bad experience, and in absence of any written agreement or acknowledgement, users had hard time arbitrating, and that turned language industry defunct, they would refuse to accommodate one on one language practice in-spite of promising to do so in the original agreement,  and that is one of the key reasons why professionals at UrbanClap explicitly state what is cover and what isn’t, so that if one provider is charging 5000 for just theory and other is charging 5250 with one of one language practice the user can choose the plan that is more relevant to his language goals.

Although overlooked, it is one of the key aspects, many times, one would find professionals who would claim that they are C1, but users would not have any way to verify the authenticity of their claims. It wouldn’t have mattered a lot had teaching languages were easy, but unfortunately it isn’t, and there is no reason why one would want to learn German A2 from a German B1 certified professional. Urbanclap keeps that in check by insisting professionals to get their act together and it gets them to specify their level of competence. So what if they manipulate it? Well in that case, urban clap has a rating system, which is one of the key factors for hiring professionals and a negative ranking would get them out of the business, and of course from Urbanclap; at the same time.

The entire market of language learning was un-organized, first there were individuals, and then came institutes and the usual difference in their tariffs ranged from 20% to a whopping 80%, there was no pricing mechanism, and there was a blatant neglect on professional’s part to to make it better. But since ultimately the motto was to syphon off money, and there was little incentive for any improvement. Consequently no one really wanted to do competitive analysis or talk to folks in the business to impart quality language education, and as a result; it adversely impacted the industry. An app for professional, Urbanclap in this context, was new in this field, and the strategy was clear –to add many professionals and give them a competitive platform to slog it out themselves, it worked, and that’s why one could find many more professionals here working for lower rates and the difference in the rates is anywhere from 20%-40%.

Again a field that language professionals exploited to their advantage, earlier, many language classes structured their rates in such a way that users couldn’t negotiate with them, and that in a way developed corridor of uncertainty and the professionals knew that it was highly unlikely that user would look around for services elsewhere; a thinking they deduced from their own experiences over a period of time, and which was almost always correct – result? No negotiation and overpayments most of the times, and there were people who paid twice the average amount for preliminary levels of language classes, there was no competition. Urbanclap which is better than any traditional apps like Doormint or Localoye, by adding more professionals into the fray has got skin into the game, since Urbanclap doesn’t tax the providers, nor have any commission plans for that matter, all providers work with equal advantage. And that primarily helps the user as the providers come up with the most competitive rates.